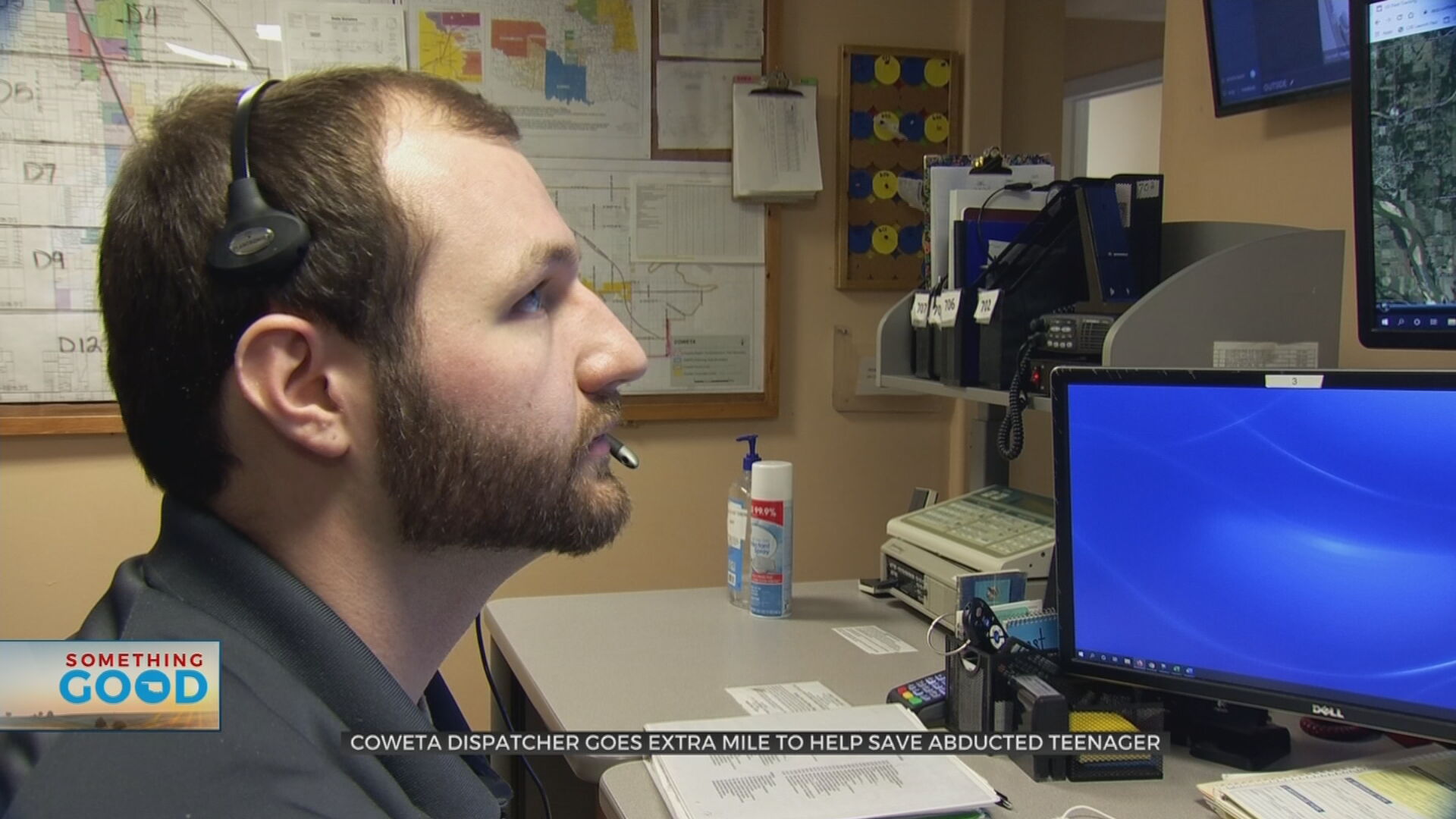 A Coweta teenager is safe at home tonight partly because of the work of a dispatcher who went the extra mile. Police say the girl was abducted by a family member and officers were working to bring her home.

"It is one in a million. It happens elsewhere, not here in small-town Coweta," said Coweta Dispatcher Gavin Stickelmeyer.

The "good thing" in this story is that a 14-year-old abducted teenager is home safe and sound.

"Parents’ worst nightmare, and here I am raising my two grandkids thinking 'God, if this happened to my granddaughter what would I do?"' said Coweta Police Chief Mike Bell.

That outcome, in part, is thanks to Stickelmeyer.

"I wasn't expecting an award and this interview and all that, just a pat on the back and good job. I figured that was good enough for me," said Stickelmeyer.

Stickelmeyer has worked as a dispatcher for the Coweta Police Department for less than two years. He came on shift recently and started helping find a girl who officers say was abducted by a family member.

"We were tracking this young lady all day long," said Bell.

"The pings weren't very accurate while they were moving," said Stickelmeyer.

When Stickelmeyer’s shift ended, he stayed, realizing the pings on their cells were getting more accurate.

He figured the car she was in might have stopped for the night.

"There were like 30-40 different hotels and you don't even know if they are going to tell you that that person is there but luckily just the third hotel I called," said Stickelmeyer. "It was a shock- 'Oh you do actually have her?’"

"If something were to happen to me or someone I love, I would hope that anyone out there in my position would do the same thing," said Stickelmeyer.

"This wasn't just Gavin - he was the end of the iceberg as far as I am concerned. Gavin is just one of those people who says, 'Hey, I am going to do a little more than I need to and now there is a girl back home with her family like she should be,’" said Chief Bell.