Don't Vote Me Off the Island! 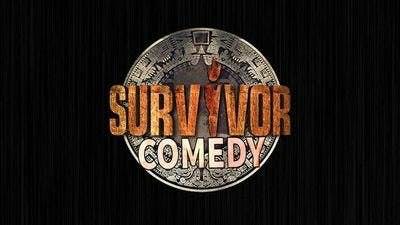 You know that thing on your bucket list that you expect to just sit there in bucket list purgatory indefinitely? Yeah. That's how I felt about stand up comedy... I fully intended it to be the "thing" in the back of my mind that nudges me from time to time, but I would continuously ignore it because COME ON. Who actually DOES that?! Not me. Not until 2 years ago when a Saturday night of excessive Jameson ended with "Whiskey Amber" committing to a comedy open mic the following Tuesday. 3 days. That's how long I had to wrestle with whether or not I'd be facing my fear or bailing on my word. It was a loooong 3 days.

In the end, for me, integrity beat fear (YOLO!) and I found myself standing on a small stage in North Little Rock, AR to do my first 5 minutes of stand up. It was terrifying and exhilarating and I thought I may throw up, but as soon as I heard the crowd erupt in laughter I was hooked.

Fast forward to today, and I'm gearing up for my first comedy competition in Tulsa. I'll be honest, to this day I still feel overwhelmed and a bit nauseated at the thought of stepping up to the mic. Tomorrow night will be no different. Especially since this particular competition is done "Survivor" style. 8 comedians will take the stage and when it's all said and done, only 2 will remain. The rest will be proverbially "voted off the island" by YOU. Yes, the audience decides who moves through to compete in Tulsa's Funniest Person later this year. So consider this your personal invitation.

It would thrill me if you (and your friends) spent your Tuesday evening at the Loony Bin with us. It'll be one helluva show, that's for sure! I've attached the link for tickets below. :)

What's on YOUR bucket list? Do you plan to cross it off anytime soon?