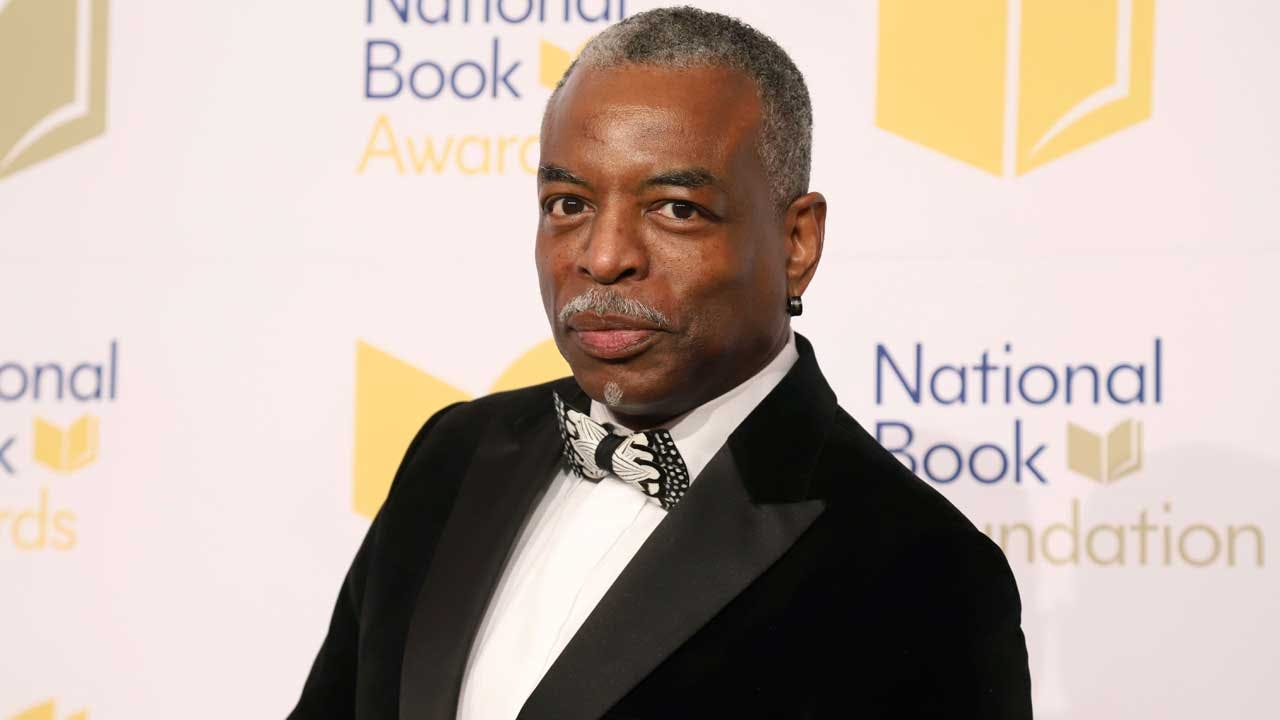 "Jeopardy!" has been featuring a slew of guest hosts, including Ken Jennings, Katie Couric and Aaron Rodgers – and yet another host wants to throw his hat in the ring: "Reading Rainbow" host LeVar Burton.

This is not the first time Burton, who hosted the iconic children's show from 1983 to 2006, has said he'd like to host "Jeopardy!"

Burton shared the petition on Twitter, symbolically throwing his hat in the ring. "Even if nothing comes from it, I can't tell you how much I appreciate all of your love and support!" Burton wrote.

The petition makes the case for Burton as a host, saying: "Between hosting 21 seasons of the educational Reading Rainbow, playing the brainiac engineer Geordi La Forge on Star Trek: the Next Generation, and filling the roll of Kunta Kinte in the ever important mini-series Roots, LeVar Burton has inspired and shaped the minds of several generations of trivia-loving nerds."

On Monday, Burton resurfaced the petition – which now has nearly 200,000 signatures – on Twitter. "Leaving this here in the event the powers that be are listening..." he wrote.

Since re-sharing the petition, it has gained widespread attention online, and Burton has retweeted several memes and news stories about his desire to host "Jeopardy!" He even retweeted Dick Van Dyke, who shared his support for the petition.

Stephen Colbert also jumped on the Burton bandwagon – but offered his own unique take. "I think LeVar Burton should host Jeopardy! As Geordi La Forge. And the buzzers should be phasers. And Data should be the judge. And it should be in space. And just be Star Trek," he tweeted.

In an interview with "CBS Sunday Morning" correspondent Mo Rocca earlier this year, Burton, who originally planned to spend his life in religious ministry, talked about why he got into entertainment. He said it was his mentor, Fred Rogers, who shaped his understanding of what television can do.

"He taught me that it was okay to use television as a ministry, that it was possible to enlighten while entertaining, that the two don't cancel each other out," Burton said about Rogers, an ordained Presbyterian minister and "Mr. Rogers' Neighborhood" actor.

When asked what he gets recognized for on the street, Burton said: "'Reading Rainbow,' 'Star Trek,' 'Roots.'" Perhaps soon he'll say "Jeopardy!"

CBS News has reached out to Sony Pictures Entertainment Inc. for comment on the petition for Burton to host and is awaiting response.