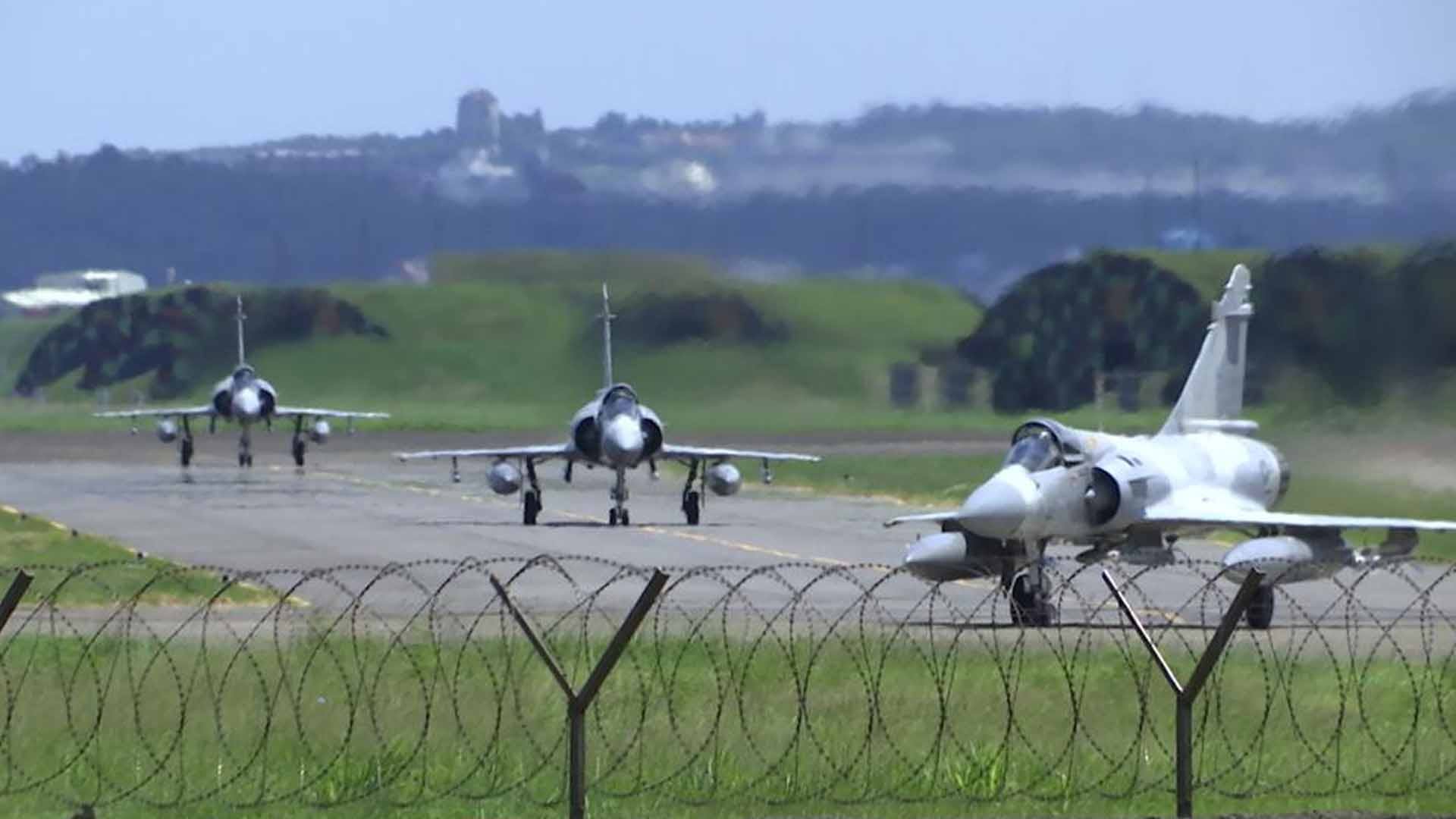 China announced Friday it was ending all contact with the United States on major issues — including crucial climate cooperation that led to the international 2015 Paris accord — as tensions and public rebukes ratcheted higher over House Speaker Nancy Pelosi’s visit to Taiwan.

China’s move to freeze key lines of communication adds to a rapid souring of relations from Pelosi’s visit and from the Chinese response with military exercises off Taiwan, including firing missiles that splashed down in surrounding waters.

The White House summoned China’s ambassador, Qin Gang, late Thursday to tell him that the military actions were of “concern to Taiwan, to us and to our partners around the world,” said spokesman John Kirby.

Ominously, experts in China-U.S. relations warned that China’s diplomatic and military moves appeared to go beyond retaliatory measures for the visit and could open a new, more openly hostile era, and a more uncertain time for Taiwan’s democratic government.

China-U.S. relations are “in a downward spiral,” said Bonnie Glaser, head of the Asia program at the German Marshall Fund.

“And I think that China is likely to change the status quo in the Taiwan Strait in ways that are going to be harmful to Taiwan and are going to be disadvantageous to the United States,” Glaser said.

In recent years, other rounds of tensions between China and its neighbors over the India border, regional islands and the South China Sea have ended with China asserting new territorial claims and enforcing them, noted John Culver, a former East Asia national intelligence officer, now a senior fellow at the Atlantic Council. The same could happen now over Taiwan, Culver said. “So I don’t know how this ends. We’ve seen how it begins.”

China’s measures, which come amid cratering relations between Beijing and Washington, are the latest in a series of steps intended to punish the U.S. for allowing the visit to the island it claims as its own territory, to be annexed by force if necessary. China on Thursday launched threatening military exercises in six zones just off Taiwan’s coasts, and they will run through Sunday.

China sent some missiles flying over Taiwan itself, Chinese officials told state media. China routinely criticizes the self-governing island having its own contacts with foreign governments, but its response to the Pelosi visit — she was the highest-ranking American official in 25 years —has been unusually strong.

China’s moves to cut off communication with senior officials are a cause for pessimism over chances of Presidents Joe Biden and Xi Jinping and their top officials managing to soothe the immediate tensions.

They also appear to derail a rare encouraging note — high-level in-person meetings between top officials in recent months including the defense chiefs at an Asia security conference in Singapore and Foreign Minister Wang Yi and Secretary of State Antony Blinken at a Group of 20 meeting in Indonesia.

Those talks were viewed as a step in a positive direction in an otherwise poisoned relationship. Now, talks have been suspended even on climate, where the two countries’ envoys had met multiple times. That sets back what faint hopes exist for any improvement in ties and raises the risk of misunderstandings and a larger crisis.

China stopped short of interrupting economic and trade talks, where it is looking to Biden to lift tariffs imposed by President Donald Trump on imports from China.

A joint U.S.-China deal to fight climate change struck by Xi and then-President Barack Obama in November of 2014 has frequently been hailed as a turning point that led to the landmark 2015 Paris agreement in which nearly every nation in the world pledged to try to curb emissions of heat-trapping gases. Seven years later during climate talks in Glasgow, another U.S.-China deal helped smooth over bumps to another international climate deal.

China and the United States are the world’s No. 1 and No. 2 climate polluters, together producing nearly 40% of all fossil-fuel emissions.

Kirby said that senior U.S. officials have been meeting regularly with Chinese counterparts over the dispute. Calling China’s actions “provocative,” he added, “We also made clear that the United States is prepared for what Beijing chooses to do.”

China’s actions come ahead of a key congress of the ruling Communist Party later this year at which President Xi is expected to obtain a third five-year term as party leader. With the economy stumbling, the party has stoked nationalism and issued near-daily attacks on the government of Taiwanese President Tsai Ing-wen, which refuses to recognize Taiwan as part of China.

China said Friday that more than 100 warplanes and 10 warships have taken part in the live-fire military drills surrounding Taiwan over the past two days, while announcing mainly symbolic sanctions against Pelosi and her family.

The Rocket Force also fired projectiles over Taiwan into the Pacific, military officers told state media, in a major ratcheting up of China’s threats to attack and invade the island.

On the Chinese coast across from Taiwan, tourists gathered Friday to try to catch a glimpse of any military aircraft heading toward the exercise area.

Fighter jets could be heard flying overhead and tourists taking photos chanted, “Let’s take Taiwan back,” looking out into the blue waters of the Taiwan Strait from Pingtan island, a popular scenic spot in China’s Fujian province.

Pelosi’s visit stirred emotions among the Chinese public, and the government’s response “makes us feel our motherland is very powerful and gives us confidence that the return of Taiwan is the irresistible trend,” said Wang Lu, a tourist from neighboring Zhejiang province.

China is a “powerful country and it will not allow anyone to offend its own territory,” said Liu Bolin, a high school student visiting the island.

China’s insistence that Taiwan is its territory and its threat to use force to reclaim control have featured in ruling Communist Party statements, the education system and the state-controlled media for more than seven decades since the sides were divided amid civil war in 1949.

Taiwan residents overwhelmingly favor maintaining the status quo of de facto independence and reject China’s demands that the island unify with the mainland under Communist control.

Beyond Taiwan, five of the missiles fired by China landed in Japan’s Exclusive Economic Zone off Hateruma, an island far south of Japan’s main islands, Japanese Defense Minister Nobuo Kishi said. He said Japan protested the missile landings to China as “serious threats to Japan’s national security and the safety of the Japanese people.”

In Tokyo, where Pelosi is winding up her Asia trip, she said China cannot stop U.S. officials from visiting Taiwan.

China said it summoned European diplomats in the country to protest statements issued by the Group of Seven industrialized nations and the European Union criticizing the Chinese military exercises surrounding Taiwan.

Blinken on Friday called the drills a “significant escalation” and said he has urged Beijing to back down.

Taiwan has put its military on alert and staged civil defense drills, but the overall mood remained calm on Friday. Flights have been canceled or diverted and fishermen have remained in port to avoid the Chinese drills.