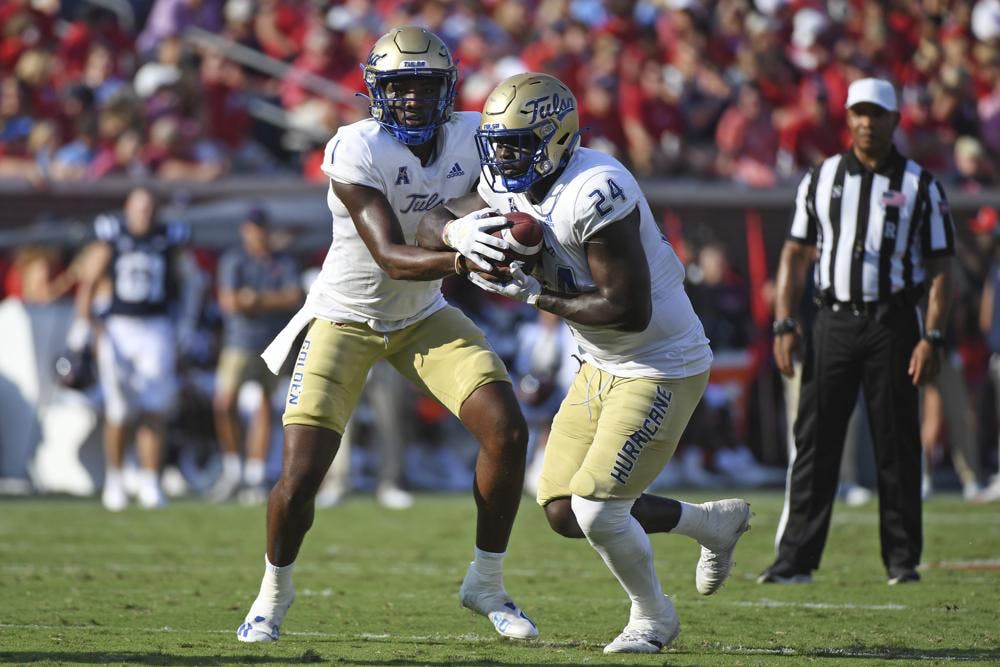 Jaxson Dart and Quinshon Judkins accounted for four touchdowns in the second quarter as No. 16 Mississippi rallied from an early deficit to beat Tulsa 35-27 on Saturday.

Ole Miss (4-0) trailed for the first time this season, 14-7 before the decisive 28-point outburst. Dart threw 31-yard touchdown passes to Malik Heath and Jonathan Mingo, and Judkins had scoring runs of 1 and 4 yards to complete the rally and build a 35-14 cushion.

Tulsa (2-2) was led by Davis Brin, throwing for a 20-yard touchdown pass to Isaiah Epps and adding a 1-yard touchdown run. Brin was 7 of 13 passing for 112 yards before exiting with an injury in the second quarter. However, he remained on the sideline in uniform in the second half.

Braylon Braxton replaced Brin to finish 9 of 22 passing for 83 yards, including a 17-yard touchdown pass to Epps to pull Tulsa to 35-27 in the fourth quarter. The Golden Hurricane, despite 457 yards of total offense, did not cross midfield on their final three possessions.

Mississippi: All September goals have been accomplished. The No. 16 Rebels are 4-0, seamlessly meshed 30-plus new players, a different lineup of assistant coaches and coordinators along with establishing a starting quarterback. The competition ratchets up significantly, but Ole Miss is in the best possible position heading into the start of SEC play.

Tulsa: Before Brin was sidelined with a lower body injury, he raced 87 and 75 yards in the opening 12 minutes to take a 14-7 lead. The defense has given up 127 points in four games, but the offense has enough firepower, 5 of 5 in the red zone, to make a serious challenge for the American Conference title.

The win allows the No. 16 Rebels to at least maintain the pace in the AP Top 25 poll. Ole Miss is sixth of the eight SEC ranked teams, making a major jump unlikely.

Tulsa: The Golden Hurricane host defending AAC champion Cincinnati in the conference opener for both teams.

Mississippi: The No. 16 Rebels host No. 8 Kentucky in a high-stakes SEC match of ranked teams.